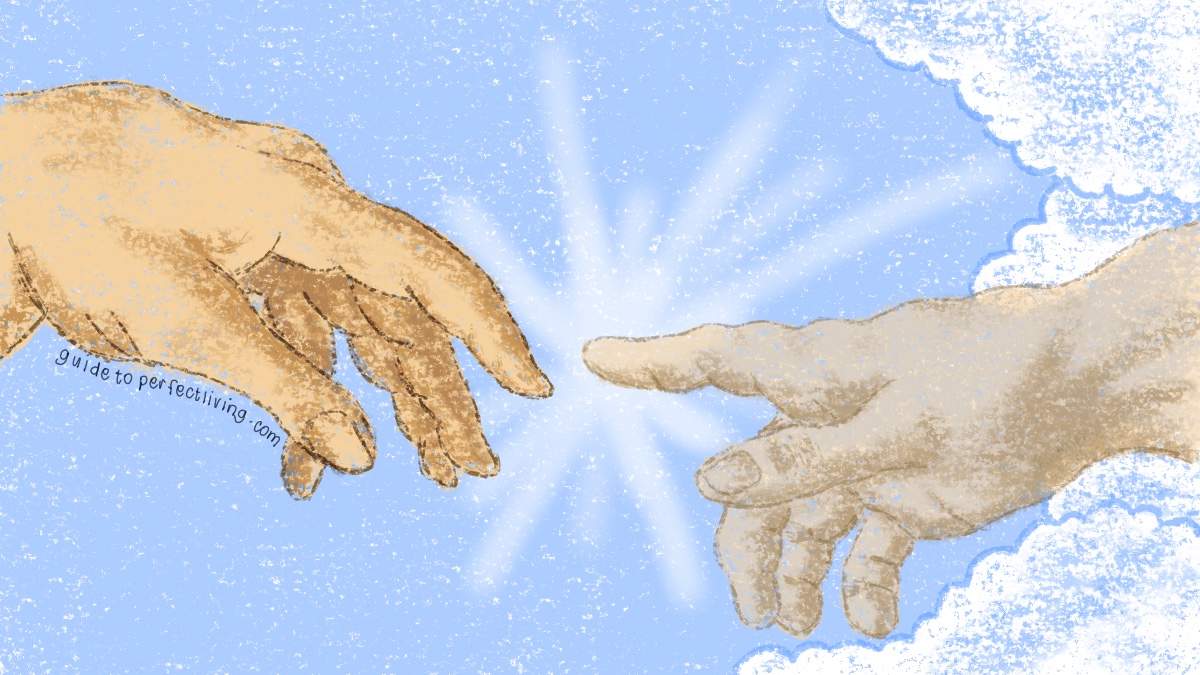 “I am a little pencil in God’s hands. He does the thinking. He does the writing. He does everything and sometimes it is really hard because it is a broken pencil and He has to sharpen it a little more .”

“Does it ever bring you joy to see the fruits of your endeavors?” The Master replied, “How much joy does it give a tool to see what the hand has done?”

Interestingly, their exemplary thoughts revealed the depth of their spirituality – through modest expression or declaration.

In other words, they proclaim that the hand of God has done great and mighty things to humanity; by using them, simple as they are.

No wonder that – because of their total submission – God catapulted them for a higher purpose; yet, they attributed the glory to God, rather than taking the credit.

We can learn essential lessons from two paragons of humility and selflessness; as they consider themselves mere instruments (pencil and tool) in the hand of God.

Many people, however, are insensitive to the workings of the hand of God in their lives. In fact, most are even blind to the astounding beauty that surrounds them every day. As Confucius, aptly remarked, “Everything has beauty, but not everyone sees it. “

Sad to say, man thinks that success is his own making; and would – knowingly or unknowingly – merit himself to be called a self–made man?

And, definitely, all good things come to us not as a matter of luck or coincidence, but because of the “unseen” hand of God; orchestrating things behind the scenes – in our favor.

“The resolution of good men depends more on the grace of God than on their own wisdom, and they put their whole trust in Him in all their undertakings. Man proposes but God disposes, and man’s destiny is not in his own hands.” (The Imitation of Christ, Book 1, Chapter 19).

Because of the deep spirituality of the author, the foregoing remarkable insight seemed an offspring of his reflection from some related Scriptural passages herein–below:

5. “Jesus looked at them and said, with man this is impossible, but with God all things are possible.” ~ Matthew 19:26

7. “I tell you the truth, anyone who has faith in me will do what I have been doing. He will do even greater things than these, because I am going to the Father.”  ~ John 14:12

Interestingly, William Shakespeare – conformably – said, ” There is a divinity that shapes our ends, rough-hew them how we will.”

Pride Hinders the Hand of God

The origin of pride was brought about by the rebellion – against God – of a dragon or serpent (also called the devil or Satan), who was thrown from heaven into the earth.

Let us review and ponder on the Scriptural highlight of the story (Revelations 12:7–9):

Dethroned from heaven, the devil – together with his rebel troops – seduced humankind through deception, which is his usual tactic; so that people will also disobey God, as they did.

The fall of Adam and Eve

Adam and Eve were the first people deceived by the devil.  Let us review and ponder on the short story (Genesis 3:1 ~ 13, KJV,Public Domain):

1Now the serpent was more crafty than any of the wild animals the Lord God had made. He said to the woman, “Did God really say, ‘You must not eat from any tree in the garden’?” 2The woman said to the serpent, “We may eat fruit from the trees in the garden, 3but God did say, ‘You must not eat fruit from the tree that is in the middle of the garden, and you must not touch it, or you will die.’” 4“You will not certainly die,” the serpent said to the woman.  5“For God knows that when you eat from it your eyes will be opened, and you will be like God, knowing good and evil.” 6When the woman saw that the fruit of the tree was good for food and pleasing to the eye, and also desirable for gaining wisdom, she took some and ate it. She also gave some to her husband, who was with her, and he ate it.  7Then the eyes of both of them were opened, and they realized they were naked; so they sewed fig leaves together and made coverings for themselves. 8Then the man and his wife heard the sound of the Lord God as he was walking in the garden in the cool of the day, and they hid from the Lord God among the trees of the garden. 9But the Lord God called to the man, “Where are you?”10He answered, “I heard you in the garden, and I was afraid because I was naked; so I hid.” 11And he said, “Who told you that you were naked? Have you eaten from the tree that I commanded you not to eat from?”12The man said, “The woman you put here with me—she gave me some fruit from the tree, and I ate it.”  13Then the Lord God said to the woman, “What is this you have done?” The woman said, “The serpent deceived me, and I ate.”

The devil’s usual deception to humanity – of no longer needing God – was disclosed. But, sad to say, many people are still unaware and succumb to this snare or trap; eventually, they became victims of pride.

The Tower Of Babel

At–a–glance, we may also recall that – during ancient times – Babylon was one of the richest cities in the world. But when pride came, as they haughtily built the tower of Babel to reach heaven so that they could be known, God scattered them over all the earth.

Then they said, “Come, let us build ourselves a city, with a tower that reaches to the heavens, so that we may make a name for ourselves; otherwise we will be scattered over the face of the whole earth.” But the Lord came down to see the city and the tower the people were building. The Lord said, “If as one people speaking the same language they have begun to do this, then nothing they plan to do will be impossible for them. Come, let us go down and confuse their language so they will not understand each other.” So the Lord scattered them from there over all the earth, and they stopped building the city. That is why it was called Babel – because there the Lord confused the language of the whole world. From there the Lord scattered them over the face of the whole earth.

The Scripture seriously reminds, “Pride goes before destruction, a haughty spirit before a fall.” ~ Proverbs 16:18

Have A Grateful Attitude

“If the only prayer you ever say in your entire life is ‘thank you,’ it will be enough.”

An implication of a grateful attitude is simply to acknowledge God, as the primary Source of all goodness; channeling the same through various resources such as Scripture, people, things, circumstances and the like.

Please be reminded that God has brought us this far – of better living; and to where we are going. We should, therefore, recognize the goodness of God; and give Him the glory, instead of taking the same.

Man was not created to contain the glory that belongs to God. If we take it, He may let us control our lives. But if we give the glory to God, He will – surely – increase our blessing.

The Scripture sustained, “Trust in the Lord with all your heart and lean not on your own understanding; in all your ways acknowledge Him, and He shall direct your paths.” ~ Proverbs 3:5 – 6

May the “unseen” hand of God also use us to be simple instruments; as we constantly ponder on the ever-influencing prayer of the renowned Francis of Assisi:

Lord, make me an instrument of Your peace.

O, Divine Master, Grant that I may not so much seek to be consoled, as to console; to be understood, as to understand; to be loved, as to love. For it is in giving that we receive; it is in pardoning that we are pardoned; and it is in dying that we are born to eternal life. Amen.

521 thoughts on “The Unseen Hand Of God”