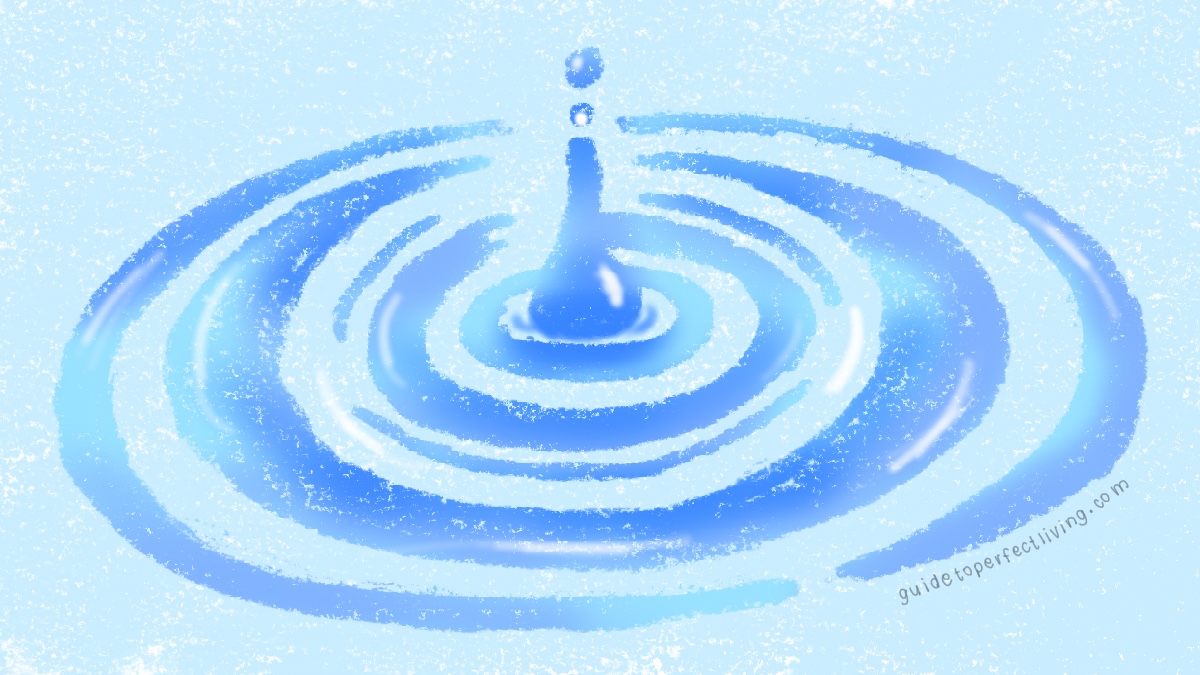 “We see people and things not as they are, but as we are.”
~ Anthony de Mello, SJ

OFTENTIMES, we tend to know or see each other – basically – through outer appearances, rather than our true inner selves. And, sometimes, we have reservations and even doubtful with each other; for it is in our nature to evaluate if we have to trust or should be on our guard.

Hence, even how we seemed familiar, we do not truly know or see each other; as it’s quite easy to see each one’s limitations than potentials. And we – subconsciously – keep track of each other’s flaws.

Conformably, George Washington cautioned, “Be courteous to all, but intimate with few, and let those few be well tried before you give them your confidence.”

Moreover, people would hate or resent each other, resulting to continued disunity. Some countries would fight against each other; caused by seemingly ambiguous disagreements and differences.

Human efforts have been tried to resolve – individual and collective – continuing disunity; but seem to serve as temporary remedy than lasting curative recourse.

The foregoing disunity, perhaps, is the effect of a broken relationship with God; originated from our first parents – Adam and Eve – because of disobedience.

In fact, if you noticed, not only our relationship with each other was affected; but also with other living creatures in land, water and air.

In other words, when Adam and Eve disobeyed God, some of the living creatures also disobeyed or rebelled against mankind; as all of us have been witnessing.

Conversely, in retrospect, when Adam and Eve were still in harmonious relationship with God, all living things were under their dominion.

The Scripture provides, “And God blessed them and said to them: Be fruitful and multiply and fill the earth and subdue it, and have dominion over the fish of the sea and over the birds of the heavens and over every living thing that moves on the earth.”(Genesis 1:28)

“Nothing in the world is more dangerous than sincere ignorance and conscientious stupidity.”
~ Martin Luther King, Jr.

At one time, there was a small community where people lived harmoniously and happily. Hence, it had been famous in the neighboring places.

Unexpectedly, hard times came in that community. Everyone begins to doubt, suspect, compete with each other. If someone is about to succeed, everybody would pull that person down.

One day, an elder – whom they revered so much, and recognized as a sage – surprisingly visited them.

The said elder discerned the pride, competition and no–concern attitude towards each other, are just few causes of their eventual disharmonious relationship. Thus, he called for a short meeting, and told them of his foregoing observation.

One of them asked, “Is this eventual disharmonious relationship happens to us because we have committed a serious sin?”

“And what sin that might be?,” asked the other fellow.

“One of you here is the Messiah in disguise, and all of you are ignorant of this,” replied the elder.

But they asked, “How could it be? Each one of us has many defects?”

But then the elder insisted, “I told you he was in disguise; is it not possible that those defects be one of his disguises also? Come to think of it, everyone in the community had defects. Yet one of you had to be the Messiah.”

Having said that, the elder left them. One thing was certain: The Messiah – in disguise – was with them. But nobody recognized him.

And so, beginning that day, they treated everyone with deep reverence. “You never know,” they said, “maybe this is the one.”

God Is In Everyone’s Life

“I have a dogmatic certainty: God is in every person’s life. God is in everyone’s life. Even if the life of a person has been a disaster, even if it is destroyed by vices, drugs or anything else—God is in this person’s life. You can, you must try to seek God in every human life. Although the life of a person is a land full of thorns and weeds, there is always a space in which the good seed can grow. You have to trust God.”
~ Pope Francis

The classic best-selling book entitled : The Little Prince, authored by Antoine de Exupery, has highlighted a line that became famous, “It is only with the heart that one can see rightly; what is essential is invisible to the eye.”

Benedict of Nursia succinctly complemented, “Listen and attend with the ear of your heart.”

The foregoing respective substantial lines of Antoine de Exupery and Benedict of Nursia seem to imply of an innate goodness in every person’s life; which only the heart can see or listen.

More so, because of a precise reason that – Pope Francis seriously reminds us – “God is in everyone’s life.”

If we are then tempted to judge a person who – we think – erred or committed a sin, Thomas Kempis has also a profound and serious advice:

“A true understanding and humble estimate of oneself is the highest and most valuable of all lessons. To take no account of oneself, but always to think well and highly of others is the highest wisdom and perfection. Should you see another person openly doing evil, or carrying out a wicked purpose, do not – on that account – consider yourself better than him, for you cannot tell how long you will remain in the state of grace. We are all frail; consider none more frail than yourself.” (The Imitation of Christ, Book 1, Chapter 2, last paragraph).

In fact, even if – we think – a person may be the worst sinner of all, certainly, God is still enthroned in the innermost part of his being.

Abraham Isaac Kook enlightens us further, “It is our right to hate the actions of an evil man, but because his deepest self is the image of God, it is our duty to honor him with love.”

Mahatma Gandhi succinctly sustained, “Hate the sin and not the sinner.”

One God, One Global Family?

“Then God said, Let us make man in our image, in our likeness…, So God created man in his own image, in the image of God he created him; male and female he created them.” ~ Genesis 1:26 – 27

Every human being is created in the image of God. However, when Adam and Eve – the first parents of mankind – disobeyed God, the same image was corrupted. Hence, people cannot recognize each other’s innate goodness if he will only use his finite capacity. And so, brotherhood cannot be obtained by human effort alone.

As Pope Benedict XVI once asked, “Will it ever be possible to obtain brotherhood by human effort alone? As society becomes ever more globalized, it makes us neighbors but does not make us brothers.”

Nonetheless, the aforesaid original image of man can be restored through recognition of – and total submission to – his Creator. If so, mankind will gradually achieve solidarity or become united as one family, who belong to one God.

As the Psalmist envisioned, “Behold, how good and how pleasant it is for brethren to dwell together in unity!” – (Psalms 133:1); that entails a promise, “For there the Lord bestows his blessing — even life forevermore.” (Psalms 133:3).

Joseph Thompson digests, “In the context of brotherhood then, solidarity is rooted in the oneness of the human family with God as our common parent. We now know that all humanity is genetically related and that we are all composed of stardust. We are theologically and physically brothers and sisters. Moreover, we are dependent on one another and affected by each other’s choices and action.”

Solidarity can be interpreted as demanding responsible care for all people who are members of the global, united human family. As Martin Luther King beautifully said, “All life is interrelated. All men are caught in an inescapable network of mutuality, tied in a single garment of destiny.”

Pope Benedict XVI succinctly complemented, “Spiritual solidarity is based on the unity of human beings.”

Thus, as we – and our succeeding generations – do our little share as part of social duty, and help to disseminate the foregoing contemplated truth, it may create a ripple effect and renew the face of the earth.

It doesn’t matter if we will no longer witness its full-blown realization; for we will surely leave this mortal body and transcend to immortality? Yet the Scripture hopefully concluded, “With man this is impossible, but with God all things are possible.” (Matthew 19:26)

78 thoughts on “Knowing Each Other”